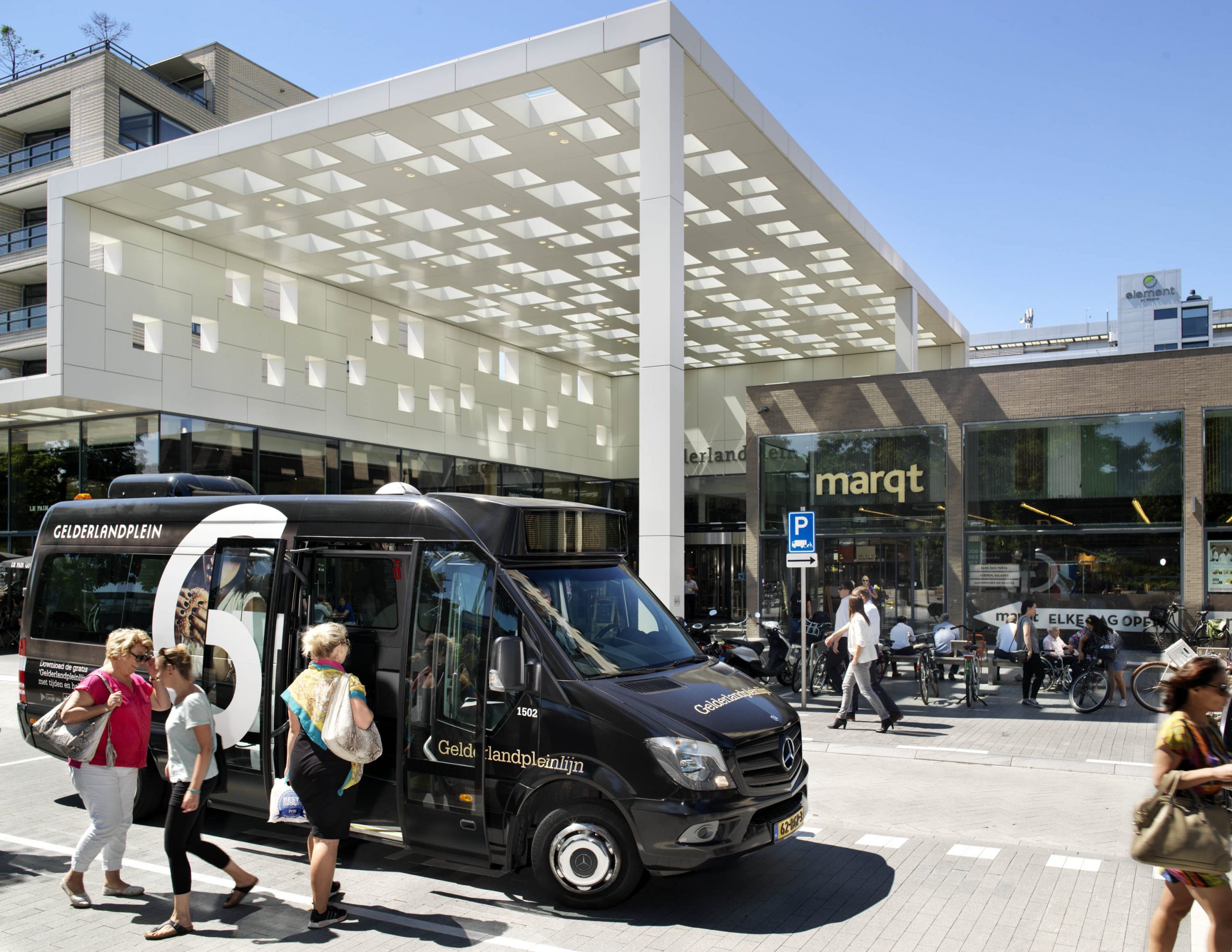 KROONENBERG GROEP OFFERS FREE PUBLIC TRANSPORT TO AND FROM GELDERLANDPLEIN

Office workers in the Zuidas business district, as well as residents and secondary school students in Amsterdam-Buitenveldert, can now make free use of the brandnew, WiFi-equipped luxury buses travelling to and from the Gelderlandplein Shopping Centre. Kroonenberg Groep, the owner of the shopping centre, has commissioned GVB, Amsterdam’s municipal transport company, to start providing this free supplementary public transport service. The city district of Amsterdam South and the City Region of Amsterdam are also involved in this unusual collaboration.

Kroonenberg Groep is using the Gelderlandplein buses to serve two specific target groups. One of these is composed of employees working in the Zuidas business district who will now have access to a rapid, high-frequency line to the shopping centre. The other is made up of residents and secondary school students in Buitenveldert who can take the bus to the shopping centre, school and local facilities. What is now available, thus, is an alternative to the previously eliminated finely-meshed network of bus transport. On Thursday, 17 December, Lesley Bamberger (CEO, Kroonenberg Groep),

Lesley Bamberger, CEO, Kroonenberg Groep: ‘The Gelderlandplein Shopping Centre has an important function in this neighbourhood, so it has to be accessible to everyone. To make it even more attractive to take the bus, the service doesn’t cost a penny.’

Jerry Straub, a local resident, started up an action committee called Red Bus 62 after bus stops in his neighbourhood were eliminated. He found people at the city district of Amsterdam South and Kroonenberg Groep ready to listen.
Paul Slettenhaar, District Council Administrator: ‘As a city district, we played a guiding role in coordinating the efforts of the various parties. The result has been the development of a unique public-private partnership. As far as I know, it’s the first of its kind!’
Jerry Straub, activist: ‘The Gelderlandplein line is returning the former finely-meshed network of public transport to Buitenveldert. This means that many elderly residents have their mobility and independence back.’

Van Huffelen, GVB’s CEO, is delighted with the move made by Kroonenberg Groep and the city district. ‘The GVB would prefer not to eliminate a single bus stop, but the government has made substantial cuts to its subsidy for public transport. This new form of public-private partnership offers opportunities for the future.’